We left Schackendorf at around 10.30am and headed to Denmark. We couldn’t decide if we should take the ferries back again or not. But the weather wasn’t good so we shunned the idea of taking the ferries. We drove to Odense in Denmark but it took long before we reached the place cos Leif avoided the heavy traffic in the motorway so he drove to smaller roads instead. 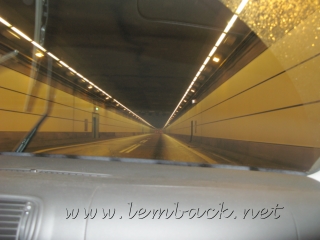 Again, it’s a long drive from Malmo to Gothenburg. Hubby’s been driving from 10am so I took over to drive from Halmstad to Kungsbacka, of course with the “driving lesson” sign on the back of the car. I drove for almost two hours. And we finally reached home at around 9pm.